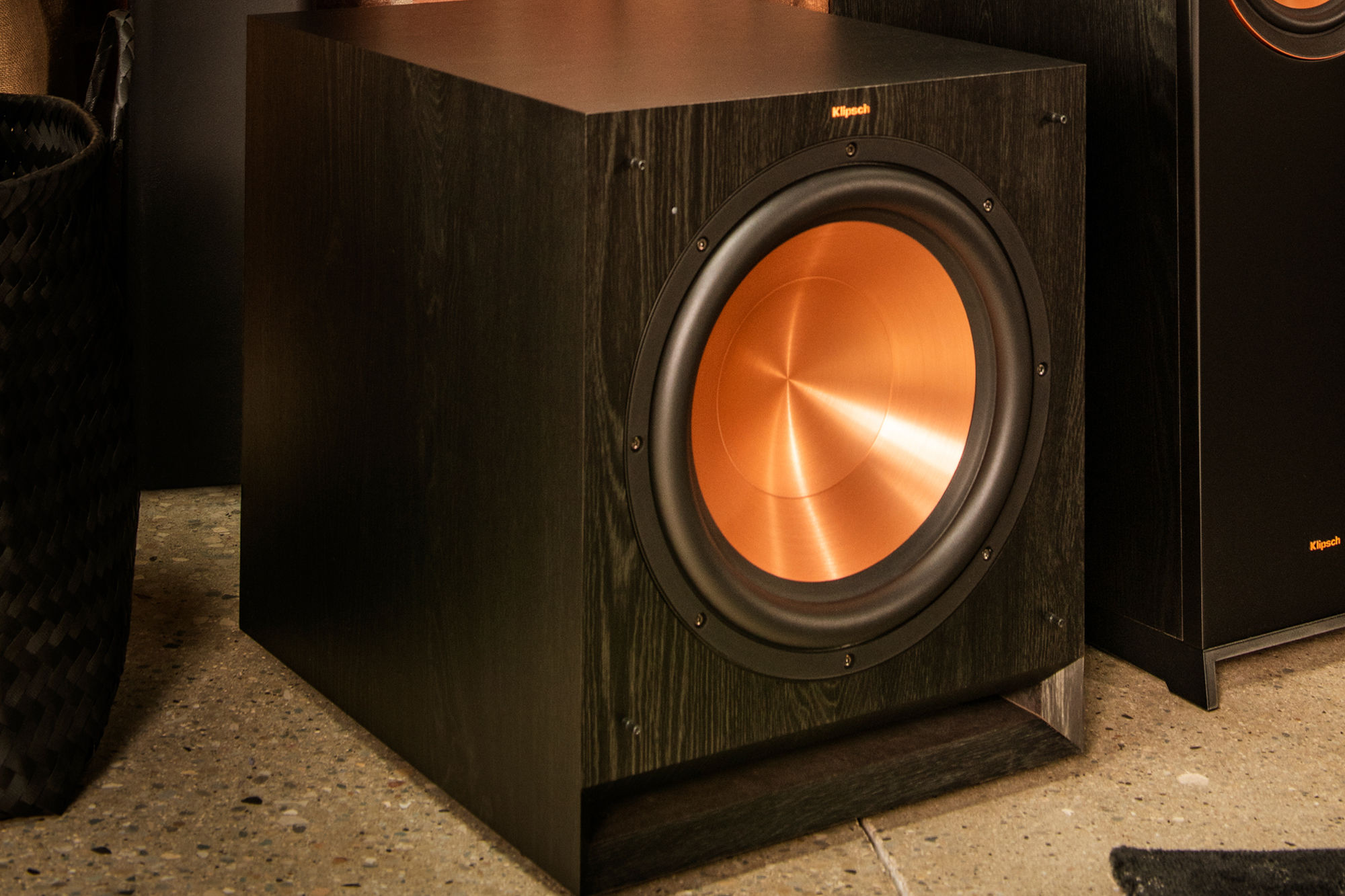 How to Pick the Perfect Subwoofer

Besides popcorn or a cold beer, subwoofers are the perfect companion to your home music and movie-going experiences.

Without one, you’re missing out on everything you’re meant to hear. Traditional loudspeakers can only go so low, meaning a subwoofer can add deep, rich bass to your sound tableau.

Long story short, it might shake your floors. But, it’ll be worth it.

So, How Does a Subwoofer Work?

If you played your favorite song or TV show through a subwoofer (with no other speakers), all you’d hear is a muffled “wump, wump, wump” similar to a dinosaur or elephant walking.

Hear What You're Missing

Without a subwoofer, you’re missing all of the deep, resonant sound frequencies that are a natural part of any audio, whether it’s a richly sophisticated classical symphony or the explosive action of a Hollywood blockbuster.

Not All Subwoofers Are Created Equal

The difference in subwoofers is in the details. Let’s take wired vs. wireless by example.

A wired subwoofer needs to be directly connected to your A/V receiver with a signal cable (usually an RCA-type cable). This is essentially a speaker cable, but specifically for subwoofers. A wired subwoofer can be powered, or passive -- if it’s powered, it means it has its own onboard amplifier, in which case you’ll also need to plug it into a wall outlet for power. A passive sub gets all of its power and signal from the receiver over a single cable.

A wireless subwoofer gets its signal wirelessly from the A/V receiver (or sometimes the TV or soundbar), but it always needs its own power source. So even though we call it a “wireless” subwoofer, there’s still at least one cable to work with. Because wireless subs always have built-in amps, there aren’t any passive wireless subwoofers.

Subwoofers are built in one of two ways: Some subs are down-firing, which means the sound is directed out of the bottom of the speaker, while side-firing units project the sound out of one side of the unit.

Placement is everything when choosing between down or side-firing. For example, you wouldn’t want a subwoofer pounding sound into a wall. In that instance, a down-firing sub is perfect when placed in the center of the room. But, if you live in an apartment or condo, a side-firing sub might be a better fit in the literal sense.

So what else should you consider when picking the perfect subwoofer? Keep reading.

Room size: It may go without saying, but let’s just say it: Bigger rooms require bigger sound. To really get the full effect of a subwoofer’s low-end boom in a large room, you may have to consider buying more than one subwoofer.

Power: Yes, Klipsch subs are known for “pissing off the neighbors.” You don’t necessarily have to abide by that mantra, especially if your space is an apartment or condo. Much like a high-end sports car can go really fast, that doesn’t mean you have to break the sound barrier to appreciate its finer qualities. The same thing goes for subwoofers. A model rated for up to 1,000 watts can certainly deliver ear-splitting volume, but the design, materials, and craftsmanship that allow it to do so also sound amazing at low volumes as well.

Current setup: It’s important to figure out if a new subwoofer is compatible with your existing equipment. For instance, if you already have a soundbar and don’t use an A/V receiver, the soundbar will need to support a wireless subwoofer (generally from the same brand). If your soundbar doesn’t support either of these options, you’ll probably need to get one that does or switch to an A/V receiver. Long story short: double check the compatibility of any subwoofer before you commit.

Get the 3 Best Locations for a Sub

To get you started on your quest for the right subwoofer, we’ve taken the liberty of pulling together some helpful suggestions:

C-308ASWI Subwoofer:
Tiny but mighty, this sub is incredibly versatile. With a maximum of 600 watts of power, in a small footprint, side-firing design, you can connect the C-308ASWI through your choice of line-level RCA, balanced line-level XLR wired connections, or use it wirelessly with the compatible WA-3 Wireless Transmitter. There are also high-level speaker terminals for even greater flexibility.

R-10SWI Wireless Subwoofer:
For the convenience of wireless and the option of wired, this subwoofer offers high-quality, rich bass at an affordable price. Standing just over 1-foot tall, with a maximum 300 watts of power, this sub comes with everything you need, including a dedicated, pre-paired wireless transmitter.

SPL-100 Subwoofer:
With a 10-inch driver, and 450 watts of peak power, this wired subwoofer is the perfect balance of price, features, and performance for those who don’t need a wireless sub, yet still, want a no-compromises speaker for low-frequency sound.