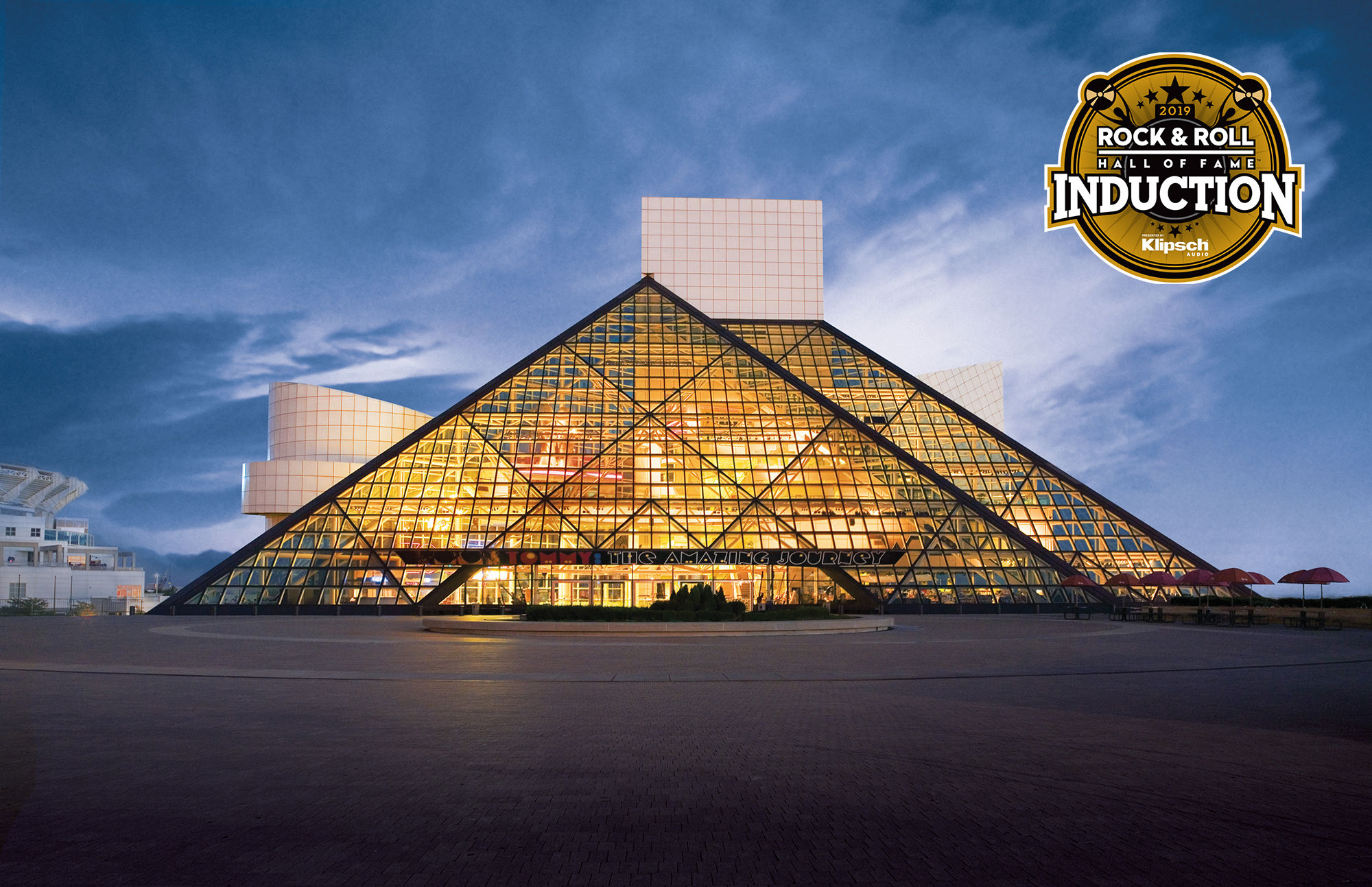 An esteemed class of musicians running the gambit of genres will be inducted into the Rock and Roll Hall of Fame this weekend in Brooklyn, New York.

Klipsch and the Rock Hall of Fame are partners, with our award-winning, patented speakers serving as the official sound system at the Hall of Fame and Museum in Cleveland, Ohio. 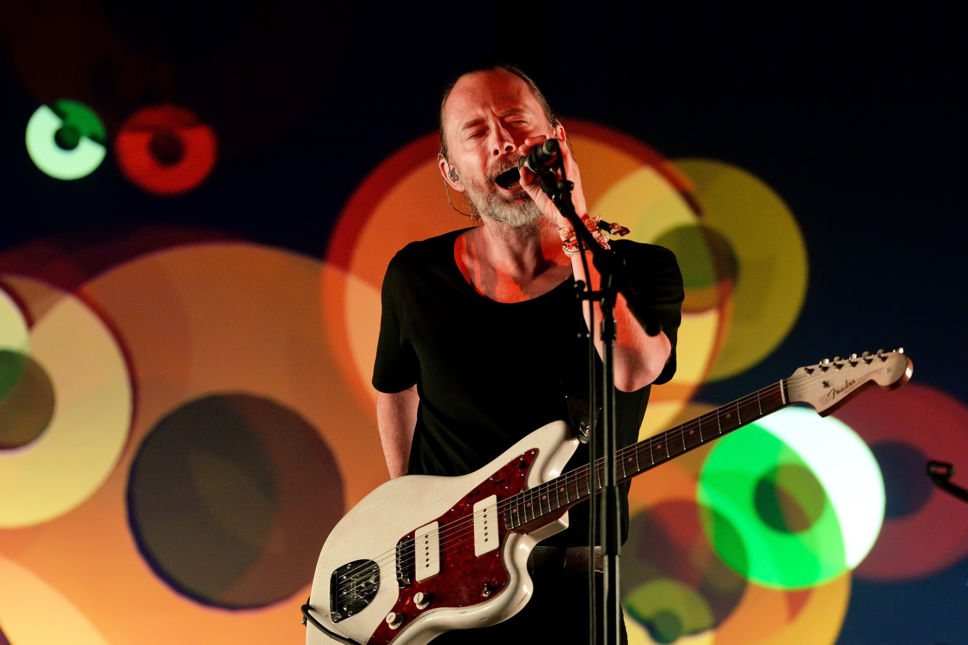 Fronted by the enigmatic Thom Yorke, Radiohead exploded onto the scene in the early 90s with the radio-friendly hit “Creep.” From there, they began to explore various new directions with their music with critically-acclaimed albums like “OK Computer” and “Kid A.”

“Radiohead's OK Computer was the first album that I genuinely felt moved by when I first heard it at age 14. They are the reason I pay attention to the small details in production and songwriting.” -Chad Charleston, Product Support

Inducted By: Susanna Hoffs - The Bangles

Fun fact: When the Zombies recorded their 1968 album “Odessey and Oracle” at the famed Abbey Road studios in London, they couldn’t afford studio musicians. So, they used a Mellotron owned by John Lennon. Lennon and the Beatles had just been at the studio, recording a little record called, “Sergeant Pepper’s Lonely Hearts Club Band.”

The Zombies continue to tour today after taking several different hiatuses. They are best known for 60s hits like “She’s Not There” and “Time of the Season.” 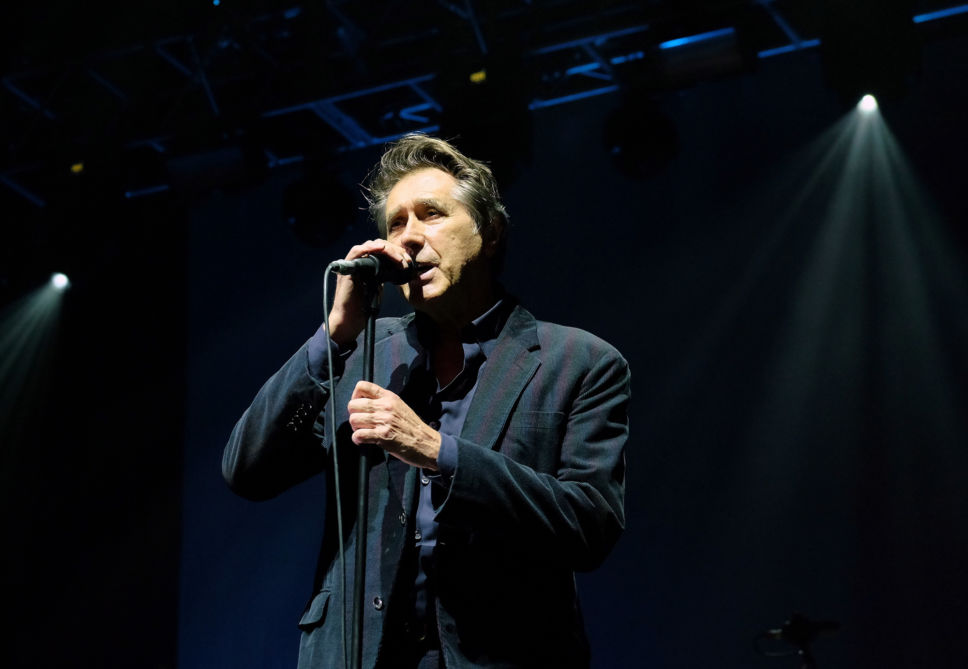 Fun fact: The band was formed via a classified ad in “Melody Maker,” one of the more well-known music magazines in the United Kingdom.

After Roxy Music disbanded in 1984, Ferry went on to have a successful solo career, as did co-founding member Brian Eno. Eno is widely considered one of the greatest record producers of our generation and has worked with U2, Slowdive, Depeche Mode, Talking Heads, and David Bowie (to name a few).

Ferry will embark on a North American tour to celebrate Roxy Music following the induction ceremony. 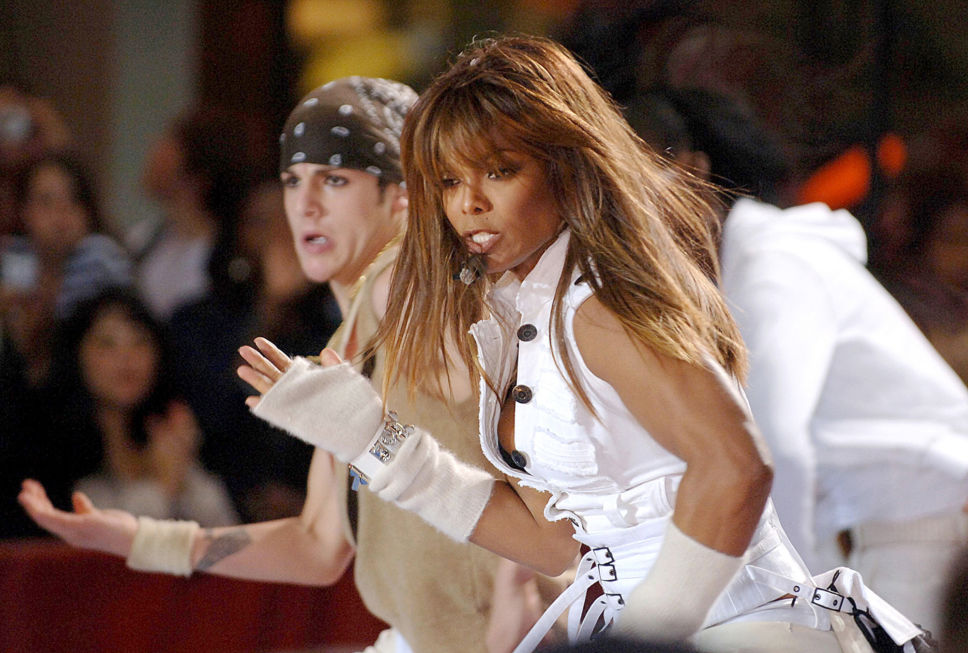 “It’s Janet - Miss Jackson if you’re nasty.” It’s no secret Janet Jackson’s family is well-known. The Gary, Indiana native grew up in the shadow of the Jackson 5. Jackson’s early career centered on acting, including stints on “Diff’rent Strokes” and “Fame.” When her album “Control” dropped in the mid-80s, Jackson established herself as an independent force of nature.

Jackson will start a residency in Las Vegas in May to commemorate the 30th anniversary of the “Rhythm Nation 1814” record. 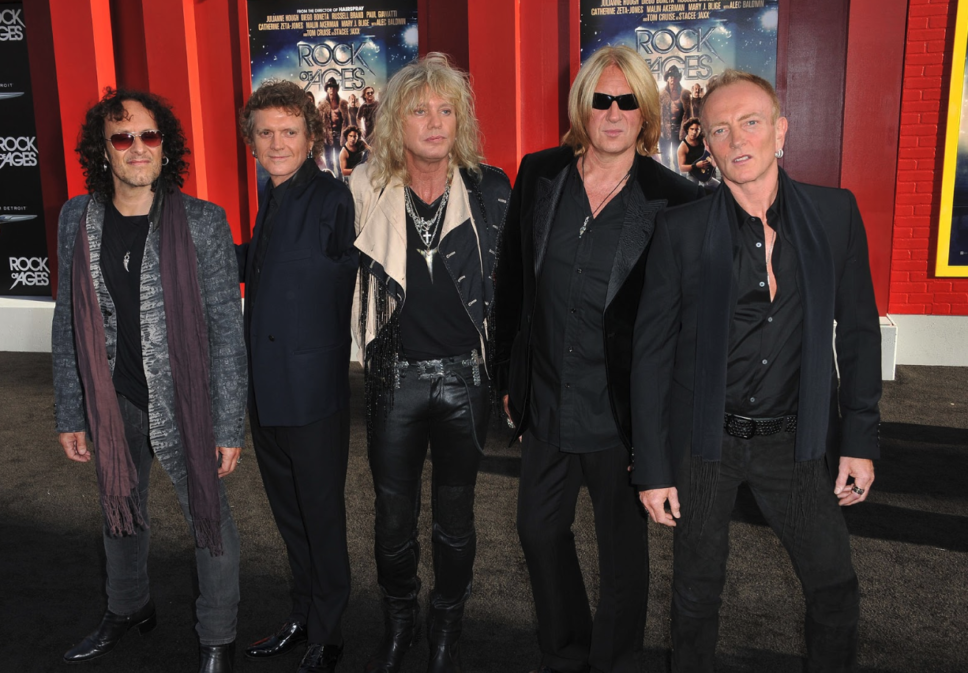 Inducted By: Brian May - Queen

Fun fact: Drummer Rick Allen lost his arm in a serious car accident in 1984. In order to continue playing in the band, he learned to play using one arm and his feet.

Formed in Sheffield, England in the late 70s, Def Leppard managed to bridge the gap between metal and pop music in the 80s, thanks in large part to “Pyromania” and “Hysteria.” Both records went platinum numerous times over and resulted in chart-topping singles, including “Pour Some Sugar On Me,” which is now a stadium anthem. 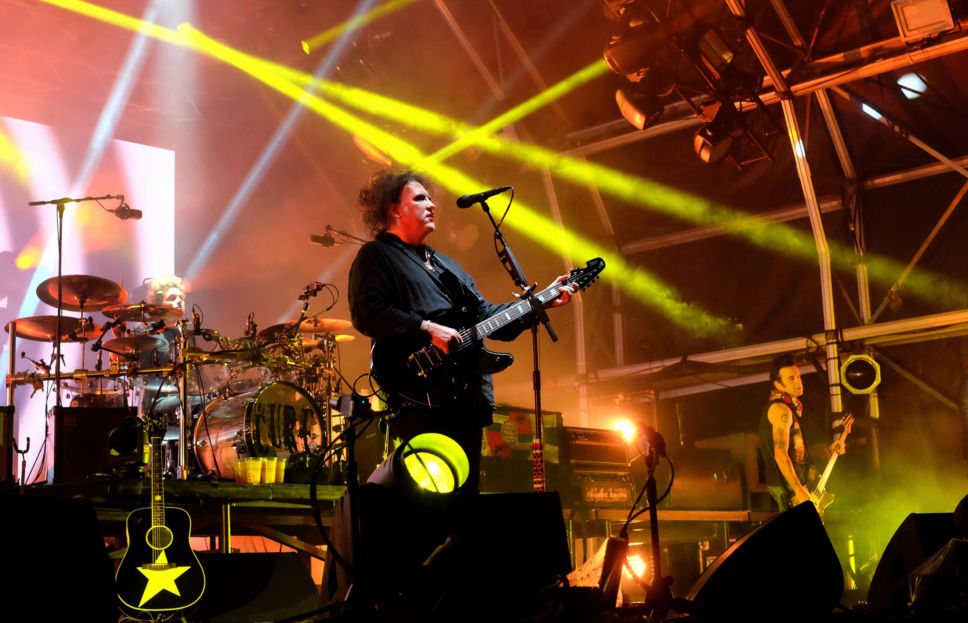 Fun fact: Frontman Robert Smith did a brief stint as part of another iconic Goth band, Siouxsie and the Banshees. He was even in the video for their cover of The Beatles’ “Dear Prudence.”

“The Cure changed my life. I saw the video for “Fascination Street” world premiere on MTV’s seminal ‘120 Minutes’ with my Dad at age 11. I got ‘Wish’ as a birthday gift when I turned 14. They were like nothing I had ever heard before (and not since really). I ended up being somewhat goth in a small town in Northern Indiana. I stood out like a sore thumb. I didn’t care. I’ve seen The Cure live six times, own dozens of CDs, cassettes, records, t-shirts, and even a VHS copy of the out-of-print ‘In Orange’ show. I was honored to meet co-founding member Lol Tolhurst at a book signing in 2016. They are my favorite band of all time, without question. Finally, yes, I was one of many teenagers who listened to ‘Disintegration’ on repeat after my first serious relationship bit the dust in high school.” -Devon Dean, Digital Marketing Coordinator 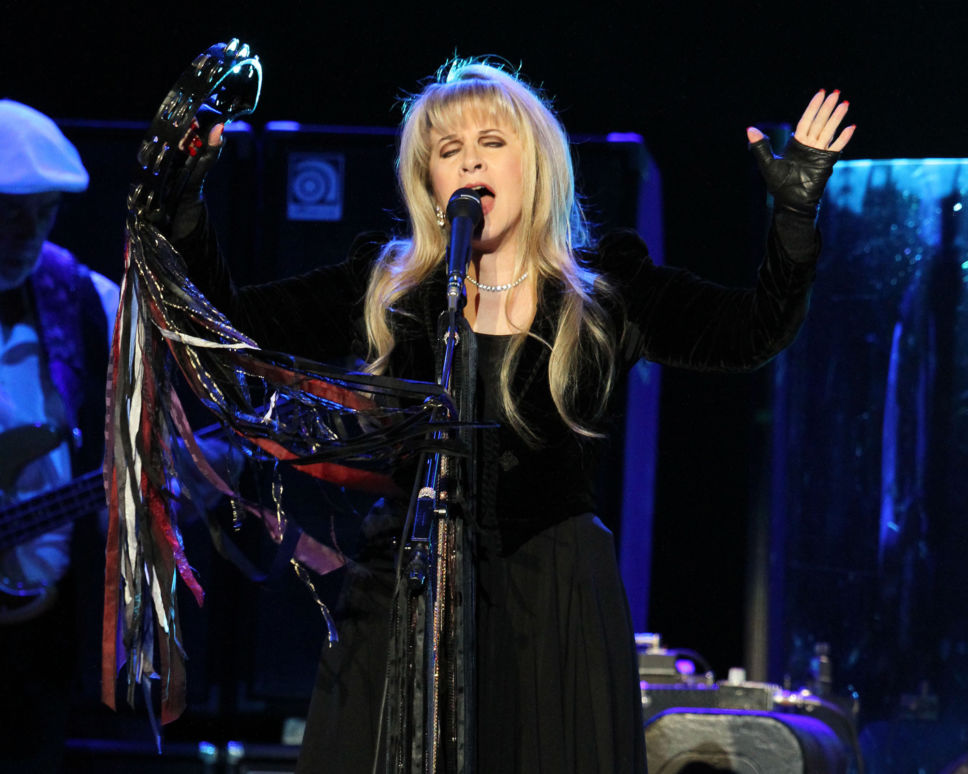 Stevie Nicks will become the first woman to ever be inducted twice into the Rock Hall of Fame (she was previously inducted with Fleetwood Mac). Her signature voice and style are legendary and have been emulated by musicians all over the world for decades.

Fleetwood Mac’s storied career includes the seminal album “Rumours.” Released in 1977, rock star folklore surrounds the making of the record.” “Rumours” remains tied for the fifth best-selling album in US history, with more than 20 million copies shipped and sold.

The Ceremony will be on HBO on Saturday, April 27, 2019, at 8 p.m. EST. Klipsch is a proud partner of the Rock and Roll Hame of Fame and Museum.

Check out our hand-picked Class of 2019 Playlist and comment below with your favorite memories of these amazing inductees!